Monte Albán is a pre-Columbian site above Oaxaca, in central Mexico which I visited in 2015 with my parents-in-law, who had been there several times before. I was struck by the overlap of past and present at the site, where an ancient Zapotec city and its foundations overlook the modern city of Oaxaca.
One afternoon, my father-in-law led us up the back way toward Monte Albán. As you crest a small hill, this [↓] is what you see—just an expanse. The scale is a bit hard to take in at first. It’s gigantic. 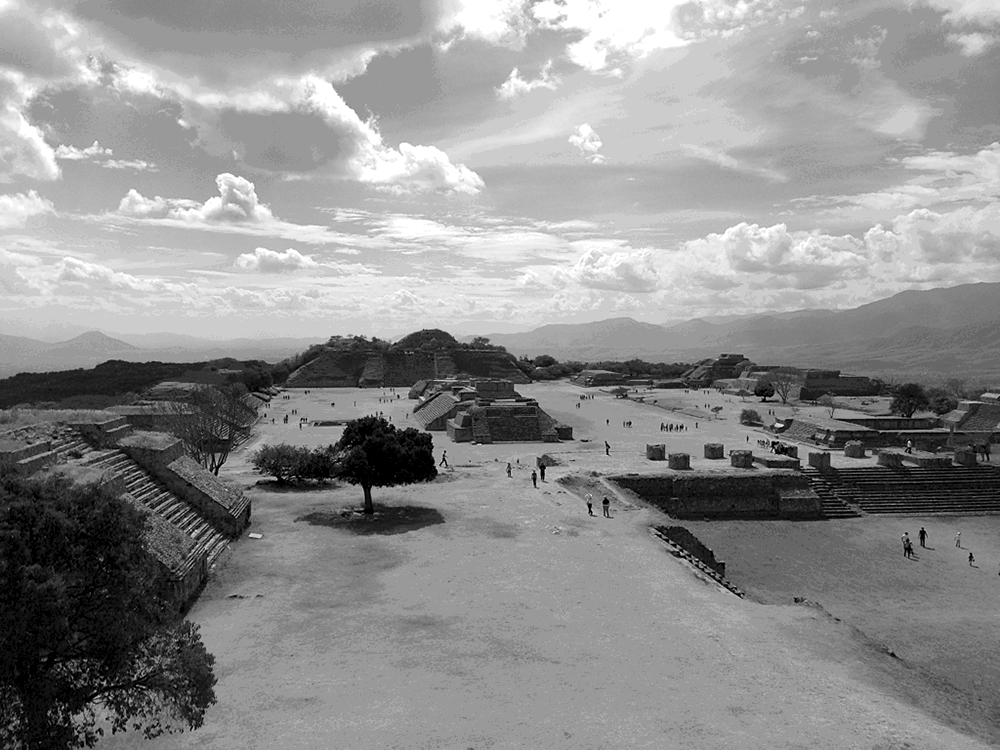 It has a regular orthogonal layout of pyramid structures, inset with cere­monial grounds entered by the steps on the right. It was a ritual site, a sacred site, where (almost) nobody lived. Zapotec culture was particularly active in the central valleys of southern Mexico from about 700 B.C. to 700 A.D., and while it was not as large or long as some other native Mexican cultures, its language has persisted and is still spoken. The primitive forms and its distinct ceremonial layout makes it easy to cast yourself back in time. Monte Albán was a site for events that marked specific moments in time. It’s kind of a walk-in clock.
We spent the day climbing up and down the various pyramids, examining the place. There was a ball court, where a ritual game was played. There were locations for sacrifices, for celebrations, births, funerals, and so on.
All the buildings are rectangular except for this [↓] structure at the center. It’s also the only building that is meant to be entered. It was the astronomical observatory and used only by Zapotec astronomers (who were also, in a reason-meets-faith synchrony, Zapotec priests). Members of this sect would enter, look up, read the stars or the sun in the sky, and then emerge to announce what time it was. Time-keeping was a divine act for Zapotecs, received by astronomer-priests directly from the heavens. 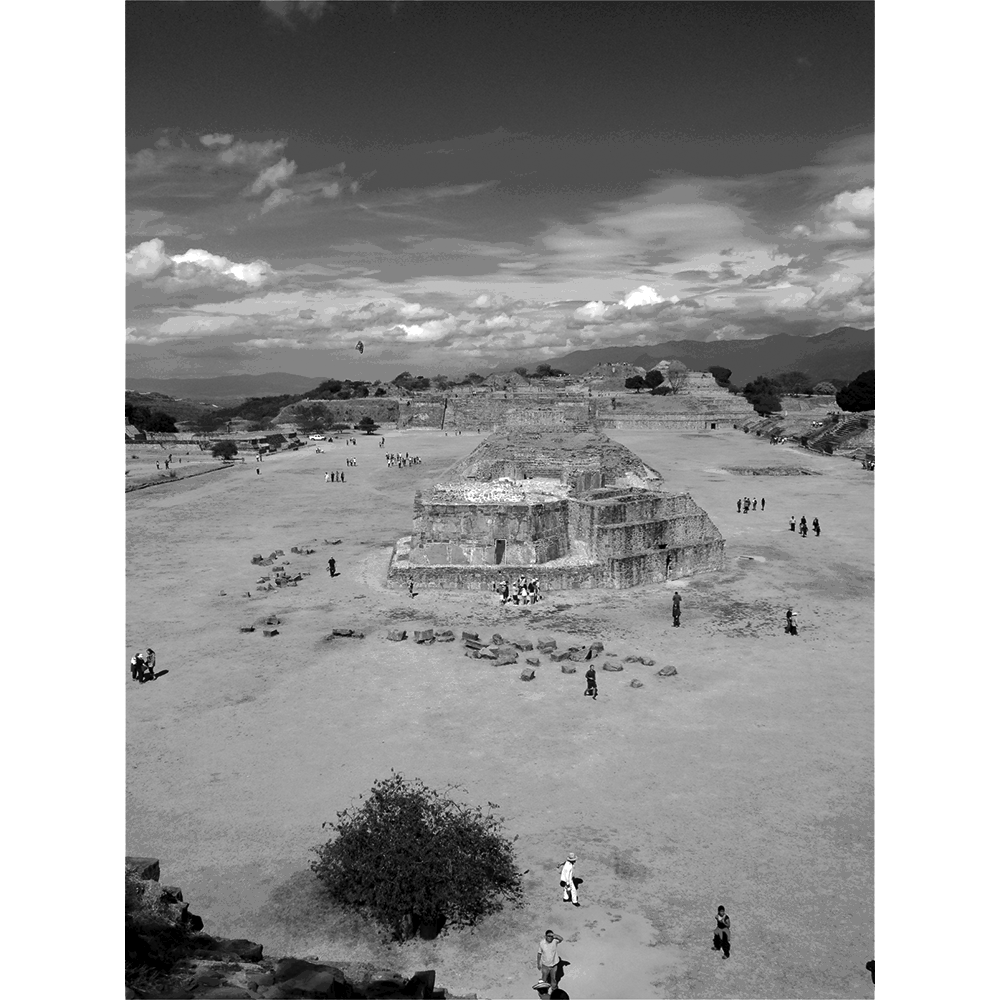 The site is also heavily populated with writing that marks ceremonial sites and events, recording dates from 700 B.C. using the oldest known example of a Mesoamerican calendar. Inscribed in stone, either directly on buildings or on free-standing upright slabs (stela), the writing system is thought to combine logographic, ideographic, pictographic, even alphabetic glyphs. This is not unique, but the combination of all of these systems in one culture is rare.
Continues in class ...
February 9, 2021
Zapotecs & Pulsars